US House of Representatives Approves Increase in Peace Corps Funding 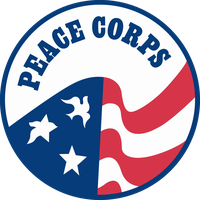 As reported by NPCA President and CEO, Glenn Blumhorst, the $430.5 mm budget would be almost a 5% increase.  In addition, "We’ve also seen increasing bipartisan support for the Peace Corps Reauthorization Act of 2021, introduced by RPCV Rep. John Garamendi (D-CA) and colleague Rep. Garret Graves (R-LA). The legislation would bring some much-needed reforms for a better and stronger Peace Corps. If you’re meeting with your members of Congress in the weeks ahead, support for this legislation — and funding — are critical items to have on the agenda.

The Senate Appropriations Committee has not yet taken up the State Department/Foreign Operations bill, which would include funding for the Peace Corps. But 60 years ago, Senator William Fulbright chaired the Foreign Relations Committee. Originally skeptical of the value of the Peace Corps, he was won over — and in the first week of August 1961 he led the Senate committee to vote 14–0 in favor of full funding to launch the Peace Corps. In this anniversary year, the Senate could do its part to carry that legacy forward."